What keeps Club industry professionals up at night?

When you’re a part of a Club Masterminds group these issues and many others get tackled in a way that delivers new perspective and accountability in a confidential environment.

A Club Masterminds group member comes in with a problem and leaves with a solution. Then, your group holds you accountable to implement the solution, keeping track of your progress, until your problem is fixed.

Read on to get a sneak peek of MASTERMINDING at work… 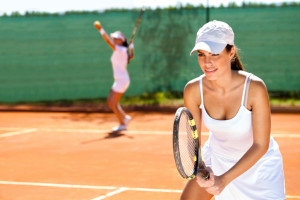 More details: Thursday night Ladies Tennis including the wife of a prominent board member. Both the Head Tennis Pro (HP) and 22 year old Assistant Pro (AP) are there. By 8:30pm it is clear this is more about drinking and socializing than working on anyone’s backhand.

Prominent board member’s wife has too much to drink. Head Tennis Pro tells AP to “get her home safely.”

Here’s where it went really wrong.

Without getting too graphic… aggressive, physical contact…touching BY the wife. (By definition, crossing over the line to sexual assault.) AP has to hold her off. When he gets to her house she insists that he help her inside. He refuses. She continues to grope him inappropriately. He leaves and heads back to the club.

Upon return, he reports the incident to the HP. AP tells HP NOT to report this because he’s embarrassed, doesn’t want to cause any trouble, doesn’t want to lose his job. He feels violated, but doesn’t want his finance (who also works at the club) to find out.

HP tells the Tom the story looking for help. Tom meets with AP and verifies and documents the story. Not sure what to do next, Tom asks his Club Masterminds group for their advice.

The group works through ideas considering all angles, past experiences, pros and cons, ramifications, etc. Ideas ranged from calling the police, confronting the member and asking her to resign, honoring the employee’s request and doing nothing.

With his Club Masterminds group’s support, Tom decides to take these steps immediately:

But the advantage of a Mastermind group is that they also give Tom advice to prevent him from finding himself in a similar situation down the road:

This is where being a part of a Club Masterminds group goes so far beyond the typical roundtable or online forum.

Tom is held accountable by his Club Masterminds group. This means they follow-up with him to see what specific steps he has taken. They vet any further questions and tackle new developments. They do whatever it takes. Why? Because the group is tight and has each other’s best interests in mind, caring enough to make sure Tom succeeds. PLUS, each group member now has new insight should something like this happen to them.

Tom sleeps much better at night because he’s no longer second-guessing his decisions and feels confident his choices were made with the collective intelligence and experience of his Club Masterminds group behind him. 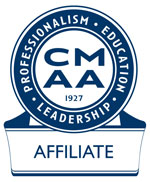 We look forward to hearing from you. Send us an email and we'll get back to you ASAP.